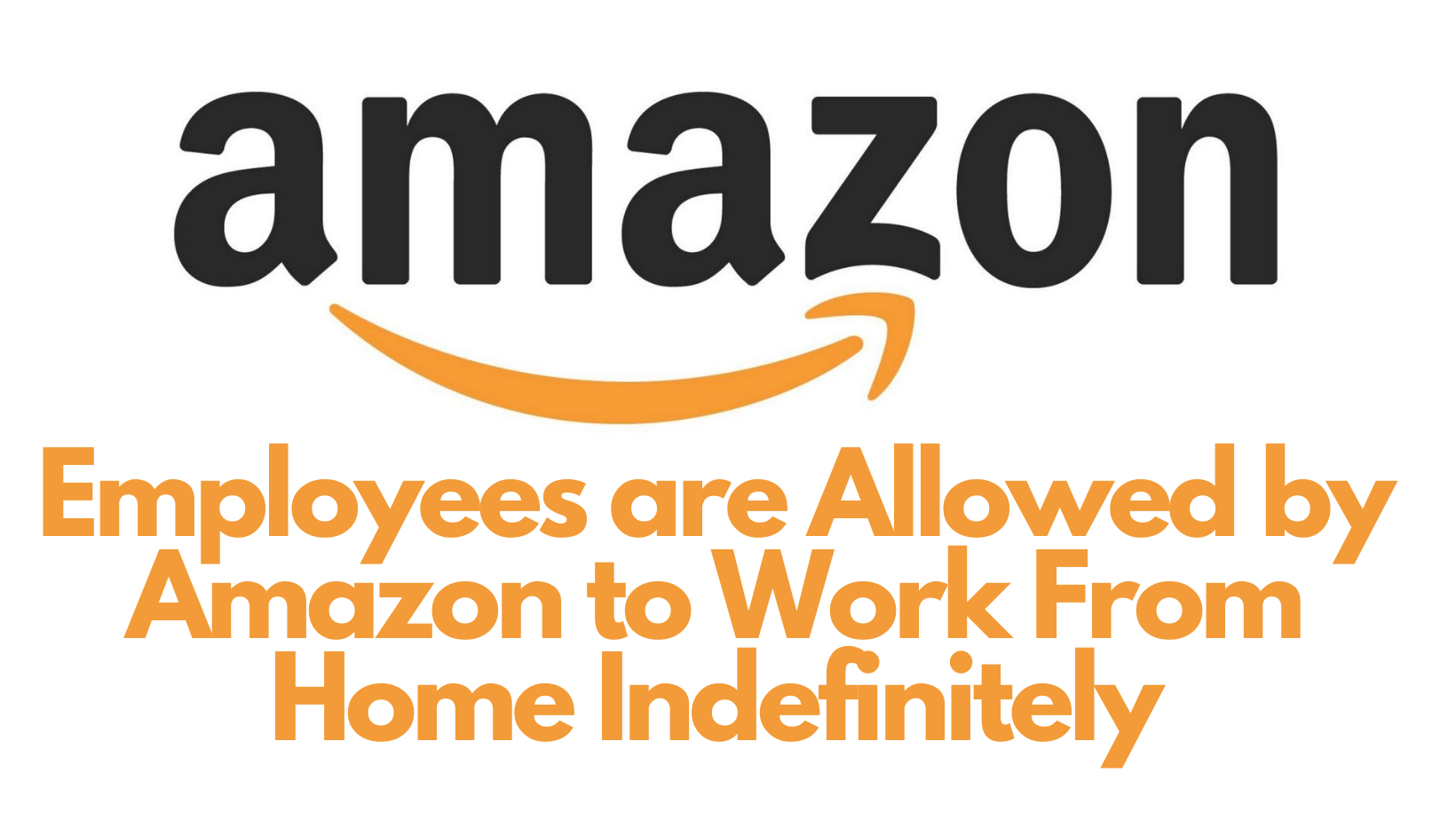 No Comments on Employees are Allowed by Amazon to Work From Home IndefinitelyPosted in Uncategorized By chris irenPosted on October 23, 2021October 23, 2021

Amazon announced on Monday that many tech and corporate workers would be able to work from home indefinitely as long as they can still go to the office when needed.

The new policy was published in a blog post, and it differs from Amazon’s prior statement that most employees would be required to work in the office at least three days per week when offices reopened in January following the COVID-19 pandemic.

According to the Seattle Times, Amazon CEO Andy Jassy signed the message, which stated that company directors will have the authority to allow teams they supervise to carry on working remotely.

As stated by Jassy, some teams will continue to work primarily remotely, while others will work a combination of work from home and in the office, and there are some workers that will decide that clients are best served by having the team mostly working in the office.

Because some engage in the company’s fulfillment and transportation department, collecting orders and sending them to clients, the majority of the company’s more than 1 million global workforce is unable to work remotely.

However, the company’s huge headquarters site in downtown Seattle and the city’s South Lake Union neighborhood employs around 50,000 tech and office employees. Restaurants as well as other businesses in the area will suffer as a result of their absence.

Amazon’s return-to-work policy was updated in response to similar moves by other major technology companies. Last month, Microsoft announced that it would be delaying the reopening of its offices indefinitely.

Employees are Allowed by Amazon to Work From Home Indefinitely